Lee A. Van Arsdale, Chairman of the Board

Tier 1 Group LLC appoints Lee A. Van Arsdale as Chairman of the Board 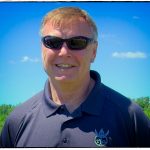 The Board of Directors of Tier 1 Group LLC (T1G) announces the appointment of Col. Lee A. Van Arsdale (U.S. Army, ret) to the position of Chairman of the Board.

A 1974 graduate of the United States Military Academy at West Point and a graduate of the Armed Forces Staff College and U.S. Army War College, Lee held multiple leadership positions in three combat zones throughout his 25-year military career.

Van Arsdale served eleven years with the Army’s counter-terrorist unit, the 1st Special Forces Operational Detachment-Delta, ultimately as a Squadron Commander. For the last two years of his Army service, Van Arsdale was assigned to The Pentagon as the Counterterrorism/Special Projects Branch Chief in the Office of the Secretary of Defense.

Lee earned the Silver Star, and the Purple Heart for wounds received in combat. Some of his other Military Awards and decorations include the Combat Infantryman’s Badge, Master Paratrooper Wings, Master Military Freefall Wings, Air Assault Wings, Ranger tab, and Special Forces tab.

Following his retirement from the military in 1999, Van Arsdale advanced as a successful business executive and consultant with several businesses in the security and counterterrorism sector. In 2005, he accepted and served four years as Chief Executive Officer of Triple Canopy, Inc., a Virginia-based security services company. Van Arsdale currently serves on the boards of select companies and organizations.